In Africa, there has been an increased focus on accessibility, affordability and sustainability of energy. However, to continue improving universal access to electricity, most countries’ electricity transmission and distribution grids need to be strengthened, which is a costly and time-consuming process. While it is important that Governments continue investing in their electricity grids in the long term, this challenge has created an opportunity for the growth of distributed generation on the continent. Distributed generation involves the generation of electricity at or near where it will be used. Africa has seen the development of micro-grids and solar home system solutions increase significantly to address the lack of access to electricity. 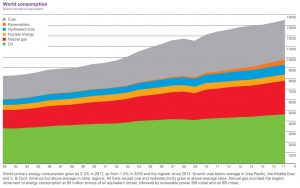 The typical composition of oil: 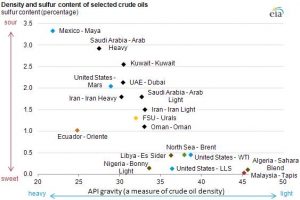 Light and sweet crude oil are generally priced higher than heavy and sour crude oils in the market, for the following reasons:

There are four major types of crude oil, categorized by density:

According to current estimates, 81.89% of the world’s proven oil reserves are located within OPEC (Organization of the Petroleum Exporting Countries) Member Countries (currently 16 oil-exporting developing nations as seen on the graph)[1], with the bulk of OPEC oil reserves in the Middle East, amounting to 65.36% of the OPEC total.

OPEC Member Countries have made significant additions to their oil reserves in recent years, for example, by adopting best practices in the industry, realizing intensive explorations and enhanced recoveries. As a result, OPEC’s proven oil reserves currently stand at 1,214.21 billion barrels.

It is important to note from an African perspective, that The Republic of the Congo became a Full Member of OPEC on 22 June 2018. 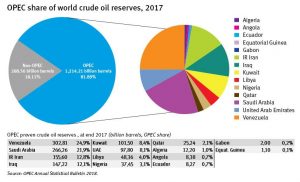 There are different types of gas:

The typical composition of gas:

There are a number of uses for gas including, heat; power generation; transportation; fertilizers; plastics; adhesives; solvents; chemicals and fabrics such as polyester and nylon.

Comparison of Oil and Gas – Commerciality

From a commercial perspective, oil has historically been regarded more favorably and commercially more attractive than gas. This is mainly because it can be transported worldwide easily and has associated low storage costs.

In contrast, gas is generally restricted to internal markets due to the costs of storage and transportation, where the gas market relies on costly infrastructure and often is traded via long-term contracts often including fixed source and destination provisions. For example, only 30% of the gas consumed in the world crosses a border; the equivalent for oil is over 70%.

Recently the global market has experienced a move towards gas as opposed to the historically favored oil. This shift is largely due to the move towards a diversity in energy mix, market demand, technological and transport developments and environmental considerations arising from climate change concerns.

BP (the British multinational oil and gas company) speculates that gas is set to overtake oil as the world’s primary energy source by around 2040 as demand for the least polluting fossil fuel grows. Further BP expects overall gas demand to grow around 1.6 % a year for years to come, compared with 0.8 % for oil.

Conventional onshore and offshore gas production are forecasted to decline from about 2030, while unconventional onshore gas is expected to rise to a peak in 2040. The international accredited registrar and classification society, DNV GL expects this trend to lead to leaner, more agile gas developments with shorter lifespans.

An increase in trade from Sub-Saharan Africa to the Indian Subcontinent and South East Asia is also expected. DNV GL forecasts a further transition for the sector in the lead-up to 2050, as greener gases including biogas, syngas and hydrogen enter transmission and distribution systems.